How Credit Suisse Blew Up the (XIV) | The Mesh Report

How Credit Suisse Blew Up the (XIV)

John Thomas February 8, 2018 Comments Off on How Credit Suisse Blew Up the (XIV) 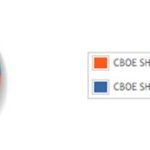 I feel like I have been robbed, and then robbed again.

I received notice today from Credit Suisse, the issuer of the Velocity Shares Daily Inverse VIX Short term ETN (XIV), that it is resorting to a forced liquidation of the fund (see note from the company below).

All investors will receive cash value for their holdings sometime after February 20. The last NAV they had on their screen was $4.00 a share, compared to the previous day’s close of $99.00. (XIV) is currently trading at $6.50.

Credit Suisse has the right to commit this theft thanks to a “poison pill” provision buried in the prospectus. This provides for a forced call of the shares during any single 80% decline of the net asset value in a single day.

And here’s the part that makes you want to break down and cry and throw your empty beer can at the TV set.

It was Credit Suisse itself that triggered the overnight (VIX) spike from $39 to $52.50 through their own panic buying of futures. Credit Suisse, in effect, blew up their own fund.

I sent out a Trade Alert for Investors to buy the (XIV) at the close on Monday at $97.08. My expectation was that the Volatility Index was peaking, and that the (XIV) was due for a huge snap back rally. It closed at $99.00. and I was looking like a star.

The (VIX) should have increased in value enormously. It would have been a trade for the ages.

By closing the fund at the low for the day in the middle of the night Credit Suisse made it impossible for investors to profit from this rally.

Instead, it chose to wipe out thousands of investors in its fund. After 50 years in the financial markets, it is the dumbest thing I have ever seen.

This shouldn’t have happened. I picked the (XIV) because they held 66% of their portfolio in short March expiration VIX futures, which have barely moved, and closed last night at only $18.88.

My guess is that the management of Credit Suisse panicked when they saw the February (VIX) double from $17 to $39 on Monday. If it had doubled again from $39 to $78, it might have taken the (XIV) NAV below zero, putting them on the hook of the balance.

I’m sorry, but I used to work for a Swiss bank, and this is how they think.

There are two other possibilities here.

One is that an algorithm went rogue, accidently wiping out the value of the fund with some kind of hedging mismatch. The other is that criminal mismanagement has taken place that will become obvious with the passage of time.

The math certainly does not add up. Credit Suisse should have completely hedged the move in the (VIX) from $9 to $39 with their end of the day rebalancing’s.

That would have fully hedged for them the decline in the (XIV) from $146 to $93. This leads me to believe that someone at Credit Suisse made a tremendous mistake.

You can almost certainly bet there will be a class action suit against Credit Suisse on behalf of all (XIV) shareholders. You will be contacted by email when this is initiated by the plaintiff lawyers and you will have to sign a stack of papers.

Once the discovery is done showing that it was Credit Suisse’s own actions that caused the destruction of the (XIV) they are going to be on the hook for the losses.

There will be a settlement substantially higher than the current $6.50. You might even get a shot at recovering the Monday close of $99.00 when the Credit Suisse malfeasance ensued. I think given the choice of jail time and paying up they’ll pick the latter.

But it may take years to realize this. It took MF Global three years to pay off account holders. I know because I was one of them.

You can also bet that the SEC will take a magnifying glass to the whole affair, especially since it was a foreign bank that defrauded American individual investors.

The only consolation here is that Credit Suisse was the largest investor in their own fund and lost over $500 million of their own money. Their shares are down 3.70% today just on this one incident.

To collect your remaining $4, please contact your broker. Don’t call today, as no one knows anything. I spent an hour on the phone with Interactive Brokers to learn this.

We should be able to make back the loss on this very quickly, as long as volatility remains high.