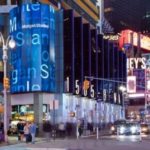 It’s a good thing that the #MeToo movement wasn’t around 35 years ago. For if it was, Morgan Stanley would have been publicly humiliated in the press daily.

The firm was an “old boy” network on steroids. Employees with skirts definitely worked overtime in those prehistoric days.

However firms evolve over the vast expanse of time. Back then, Morgan Stanley was a 1,000 man private partnership hidden away in the old General Motors building on Avenue of the Americas. Today it is a 50,000 member global behemoth bang on Times Square.

The share price has changed a bit too. The average cost of my original partnership shares is 25 cents. They closed at $57 today.

And like Warren Buffet, I never sold my shares so I wouldn’t have to pay the capital gains taxes. In fact, my shares cost far less than the company’s quarter stock dividend is today.

It wasn’t always like this. Morgan drank the Kool-Aide big time during the 2000’s real estate bubble. When the bill came due the firm almost went under, with the stock trading down to $5 (which was still 20 times more than my cost). Only a government bailout in the form of the TARP kept my former partners from losing everything.

The Morgan Stanley of today is a shadow of its former self in other ways. There are no more wild practical jokes, BSD’s, Masters of the Universe, or Liar’s Poker.

I can’t imagine the heads of the various equity trading desks meeting at my Sutton Place coop apartment to play high/low poker once a week, as they once did for years.

While investors considered the immense trading profits the firm once made as coming out of a black box, fee-based earnings are predictable and reliable as a coupon stream.

You can see this newfound boredom in the firm’s employee compensation. A decade ago it was 78% of investment banking revenue, compared to only 18% now. In my day, the janitor wouldn’t work for that.

You can thank my late mentor, Barton Biggs, for planting the seeds of the modern firm in the early 1980’s. For it was he who founded the firm’s fee-based asset management division which is the great wellspring of profits today. Since 2005, Wealth Management’s share of profits has leapt from almost nothing during my tenure to 25% to 45% now.

Mortgage loans to customers collateralized by their shareholdings is currently the second largest source of profits. These didn’t even exist in my day (Lou Ranieri at Salomon Brothers had the lock on this business back then).

Morgan Stanley has learned some hard lessons along the way. It was forced by the Dodd-Frank financial regulation act to massively recapitalize. No more 40:1 leverage. 10:1 is much safer.

As a result, its capital position has more than doubled from $35 billion during the dark days of the 2008 crash to $77 billion today. Profit margins are the highest since the Dotcom Bubble top in 1999. The firm is even now crafting products and services aimed at the growing band of wealthy Millennials. Sobriety is in.

Goldman Sachs on the other hand has stuck to the old wild west ways. Its earnings remain volatile, as several recent disappointing quarters of bond trading losses have attested to. The firm is now significantly smaller than Morgan, and its share price has been punished accordingly, lagging the heady appreciation of Morgan shares.

Here’s the main reason I love my old firm. It is in the catbird seat for what I call the “Exploding Deficit” trade, whereby all future investment is driving by the prospect of rising inflation.

Banks are absolutely in the sweet spot for this strategy, as are gold (GLD), commodities (FCX), and foreign currencies (FXE), (FXY).

Add all this up and you have my explanation for sending out a Trade Alert for a long position in Morgan Stanley yesterday. It won’t be the last one.

As for those poker nights, I think some of you guys out there still owe me a couple of grand.