The Phony War | The Mesh Report

John Thomas February 26, 2018 Comments Off on The Phony War 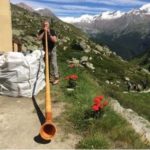 Armchair historians will recall the beginning of WWII in 1939, where Germany, Britain, and France had declared war against each other, but no shots were fired for eight months.

It was called the Phony War. It ended when Germany invaded Belgium, and then France.

We have a Phony War of our own in the markets these days, being fought tooth and nail around the S&P 500 50-day moving average. Every assault is repulsed, every false breakout followed by a retreat.

Hyper bulls believe an upside breakout is imminent. Bears think we have to go back and retest the lows before proceeding. I am in the latter camp, but only see a weak retest at worst.

Volatility spikes are like cockroaches. There is never just one.

There is just too much money out there trying to get in. And now that earnings season is over, so is the “quiet period” and companies have free reign with which to buy back their own shares.

With tax cuts and repatriation, they now have more money than ever with which to buy back their own shares, and they are doing so with both hands.

We have a Phony War of another sort, that against stocks. The 13.3% intraday top to bottom move we saw in the Dow Average was totally bogus, as I expected.

The net result of all this is to leave the major stock indexes unchanged on the year. A zero return for two months of work! I heard wages were falling, but not that fast!

This month has been a harsh lesson in the uselessness of technical analysis. Not only did it fail to predict a top, it also missed the bottom by miles. If anything, technical services were urging you to sell at the bottom, as they always do.

Those like me who use fundamental research to drive decisions KNEW that share prices made no sense with a Dow at 23,000 given the robust state of the economy, especially technology ones.

That gave me, and therefore you, the confidence to load the boat with technology stocks at the bottom, to great effect.

It has been another eye-popping performance this week.

We saw the first failure of a US Treasury bond auction in yonks. The Treasury attempted to unload $258 billion in paper last week and there were few takers.

Foreign investors, who normally take half of Uncle Sam’s bond issues, were virtually absent. The two-year Treasury bill saw a yield of 2.25%, a ten-year high.

It turns out that using tax cuts to starve government revenues, while dramatically increasing spending to achieve political goals, isn’t such a great thing for bond owners.

As for me, I have covered the last of a dozen short positions in bonds that I have strapped on over the past seven months. Things were getting just too good. During this time, the ten-year US Treasury bond yield leapt from 2.03% to a 2.95% high on Thursday.

This is what all stock traders and investors have in the back of their minds these days, if not the front.

I wish there was such a thing as a Cassandra Index. The more talking heads and newsletters decrying the end of the world, as we saw in droves on February 9, the better the risk reward for investing.

The Volatility Index (VIX) used to perform such a service, but it does no longer, overtaken by algos and extreme leverage.

So, why are the FANGS really going up? I bet you’d like to know, since if you have been following the Diary of a Mad Hedge Fund Trader you already have them coming out of your ears.

Not only have they outperformed every asset class by miles over the past two years. They bounced back like silly putty in the wake of the recent crash, some already to new all-time highs.

How about this theory? Technology is virtually the only sector of the economy that does NOT borrow money. Their profits and cash flows are so enormous that they can generate any money they need to finance future growth internally.

When they do borrow, such as seen with Apple’s recent 30-year bond issue, it is really only to engage in financial engineering. Borrowing at 2% to buy 2% yielding stock back when your compensation is tied to stock performance?

How hard is that to figure out?

This coming week will be dominated by raft of new housing data, followed by an updated read on Q1 GDP.

On Monday, February 26 at 10:00 AM EST we kick off the week with February New Homes Sales.

On Tuesday, February 27 at 8:30 AM we learn February Durable Goods Orders. The S&P Corelogic Case Shiller Home Price Index is out at 9:00 AM EST, a three-month lagging indicator of residential real estate prices.

Thursday, March 1 leads with the Weekly Jobless Claims at 8:30 AM EST. The PMI Manufacturing Index comes next at 9:45 AM EST.

On Friday, March 2 at 1:00 PM we receive the Baker-Hughes Rig Count, which saw a small rise of three last week.

As for me, I shall spend the weekend pouring over reports from my technology, looking for the best place to strike during the next selloff.

What I am learning from my own Mad Hedge Technology Letter, which by the way has a perfect track record since inception, is nothing less than amazing.