When Will the Government Have to Kill a FANG? | The Mesh Report

When Will the Government Have to Kill a FANG?

John Thomas March 2, 2018 Comments Off on When Will the Government Have to Kill a FANG? 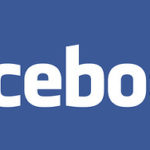 By now, we all have major over weightings of FANG’s in our retirement portfolios. And the greatest threat to those holdings is the prospect of imminent government regulation.

The prospect of government involvement in the FANG’s should therefore be more of just passing interest to us.

The relationship between large cap tech companies and the US government is not exactly a match made in heaven.

The hot button political topic of the day is how Russia used Facebook (FB) to influence the US presidential election. (FB) in effect lowered the drawbridge to allow our foreign enemies to come flooding in, and no one noticed until it was too late.

In fact, to say that government and tech are constantly butting heads would be an understatement. However, not all governments are created the same.

China’s government has built a formidable moat around their tech industry, granting priority only to local firms and shutting out the rest. Notice that Alphabet (GOOGL) closed its offices in China five years ago.

Europeans have stuck with the school teacher approach by punishing their pupils individually. But the school itself has bigger sway in the grand scheme of things.

Broad based guidelines from the European Commission were handed down today dictating that Google (GOOGL), Facebook, and Twitter (TWTR) have one hour to remove unsavory content from their platforms, or else.

Keep in mind, these new protocols are “voluntary” and follow a series of other “voluntary” self-regulating precepts.

FANG’s are still not accountable for anything posted on their platform and are thus insulated from liability. The notion that FANG’s will self-police their own platform still pervades through official channels.

Fining FANG’s appear authoritative enough to diverse political constituencies, but cash isn’t a problem for FANG’s. Each one is a mere slap on the wrist.

Preventing a FANG’s unstoppable business model is the only solution and that will never happen.

Obviously, the E.U. have a sluggish grasp of how Fang’s actually work.

FANG’s are an entirely American made creation. Government, by and large, subscribing to the wonders of dynamic market forces, allowed the contest to play out in the trenches and not behind the scenes.

The hope is that FANG model will continue to naturally evolve and self-regulate.

The big takeaway from government is that regulating big tech is a complicated issue. And government will deflect responsibility if pressured into destroying a Fang.

In essence, the net benefit of keeping the FANG’s around could be greater than the net cost of getting rid of them for a sovereign nation, especially the consumer.

Google and Facebook are observing and tracking every user’s move, and that feedback is following through back to their reservoir of big data.

This probing system refines their hyper-targeting model, which has many unintended consequences, such as the ability to weaponize parts of the platform by rogue elements.

Fixing this problem is challenging and it’s possible there are no good fixes out there at all. Jack Dorsey pleaded to users today to give suggestions on making Twitter a better user experience.

He knows the increased pace of weaponization on his platform will ultimately come back to haunt him as the CEO.

FANG’s apply user data as inputs for evolving Artificial Intelligence (AI) consisting of a collection of filters. This check lists controls the content that pops up on to your screen based on the structure of finely tuned algorithms.

Google and Facebook (FB) offer the highest quality hyper-targeting in the world and advertisers pay for that quality.

If a negative unintended consequence transpires from a rogue algorithm, the FANG’s have proved adept at paying lip service to the right actors to stave off the heat for another day. Kicking the can down the road seems to be their long-term strategy.

Complicating the mess is the fact that 100% of the blame cannot be directly pinned on an unknowing FANG if a team of nefarious hackers cause a ruckus from their computers in some distant land.

The fundamental idea of profit through data privacy and accumulation violently conflicts with the FANG’s core business aspirations: hyper-targeted advertising based on increasingly intrusive personal surveillance. They will not change themselves if it means hindering their profitability.

One challenge that the American government must hurdle is understanding the magnitude of the situation at hand. Do our politicians understand how to instill more algorithmic accountability and instill privacy policy transparency?

Effectively, playing Tech God is a slippery slope to go down. It’s easier said than done, and there are many moving parts to this game. American big government is not ready to destroy a FANG in the land of free enterprise.

You can kiss the nine-year equity bull market good-bye if the government actually kills off Facebook or a Google!

The consensus view is the FANG’s will continue to increase our standard of living.

Consumers have benefited immensely from all these free services. It’s the competition that’s complaining because they aren’t FANG’s themselves. Life must feel very unfair if you don’t have the same tools as FANG companies.

Amazon was clever enough to take profits from their Amazon Web Services (AWS) division to bolster their loss-making e-commerce division. In the process, they crushed American brick and mortar retail.

Shareholders call this genius, while competitors and politicians call this a breach of anti-trust.

Any regulatory blow back that results in a dip of share prices should therefore be bought once the dust settles.

That day could be sometime in the far future, but there will be many twists and turns until we arrive there.

Investors need to ask themselves, does the government have the authority and the determination to ruin a FANG? The answer is no.

What the government is telling investors is they will dabble with the bare minimum of token regulation, but aren’t ready to drop the guillotine on large cap tech. The long-term secular growth story is still intact albeit with occasional regulatory friction.

Every dip will be bought by investors queued up for years patiently waiting for an entry point, and the shares upside will be tapered by occasional regulatory headlines.

Regulation will never amount to more than that.