Dividend Sensei July 29, 2020 Comments Off on The Most Important News Investors Need to Watch Over the Next 2 Weeks

It’s been a wild year for investors. The market began with a continued rally following 2019’s 31% gains, saw the fastest bear market in history, with March’s 34% plunge, and then a V-shaped stock market recovery.

But one thing, in particular, has driven that rally, hopes for a V-shaped economic recovery. 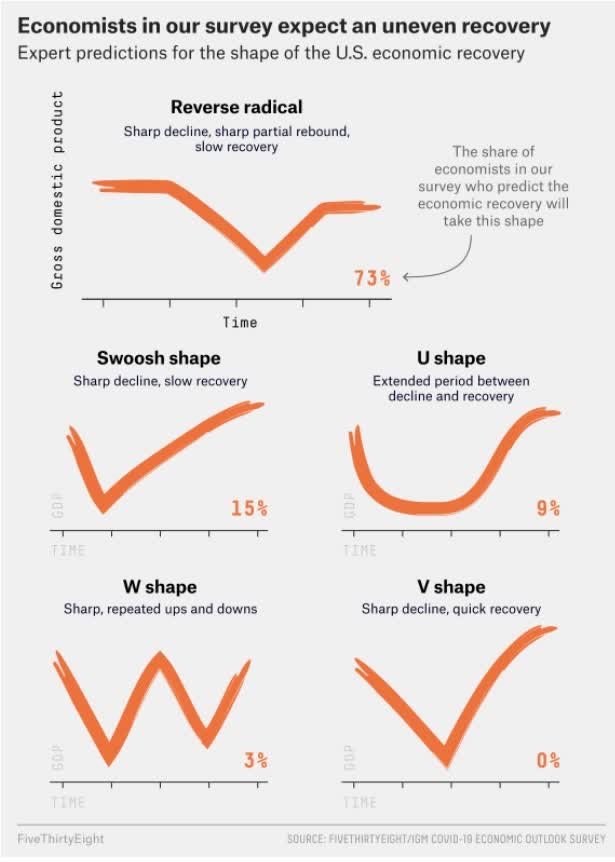 A recovery that no economists in months have actually expected to happen.

In this two-part series, I’ll explain why the next two weeks are likely to prove critical to how the US economy will fare in the coming years, which has important implications for stocks that are currently in the craziest bubble in history.

Hopes Of A V-Shaped Recovery Are Dead

Just because economists didn’t expect a V-shaped recovery doesn’t mean one might not have happened. After all, the US economy in recent years has tended to beat to the upside.

However, recent high-frequency data has pretty much driven a stake through the heart of even the most optimistic economic forecasts.

The actual facts reveal a labor market that continues to be, what one economist called in April “a house of horrors”.