The Gold Enthusiast September 3, 2020 Comments Off on Gold: Bulls Remain In Control

It’s been an eventful couple of weeks for the yellow metal as gold’s rally was derailed by a 7% daily drop in mid-August, and a drop to nearly $1,850/oz the following day. However, while this has certainly put a little doubt in some market participants’ minds, it’s worth noting that zero technical damage has been done to date.

This is because gold continues to trade above its key monthly moving averages, and the metal remains above its all-time high breakout made in late July.

While bullish sentiment continues to be a minor headwind to future rallies, I see no reason to give up on the metal here, and I ultimately expect that we’ll see another set of new all-time highs before year-end. 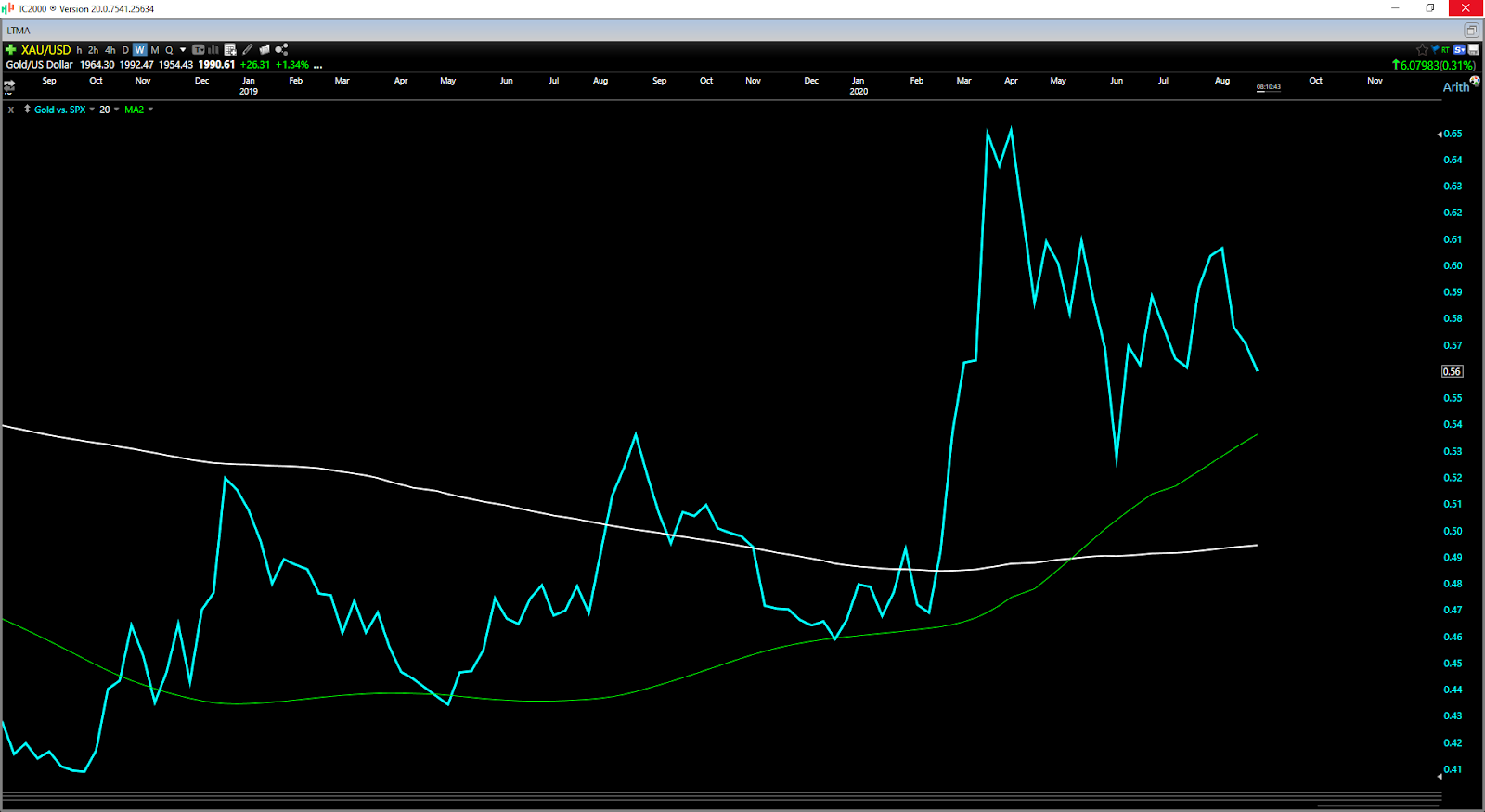 The gold price’s recent correction has put what looks like a severe dent in the Gold vs. S&P-500 (SPY) ratio, with the ratio making a lower low and a lower high since April.

However, while we certainly have seen a slight departure from the strong uptrend we saw in Q1, it’s worth noting that this ratio remains above its key moving averages despite being up against one of the strongest rallies in history in the S&P-500.

Currently, the S&P-500 is up over 60% in less than 115 trading days. The fact that the Gold vs. SPX ratio has held its ground regardless of this near parabolic advance is incredible.