Don’t Mix Your Politics With Your Portfolio | The Mesh Report

Don’t Mix Your Politics With Your Portfolio

Dividend Sensei October 16, 2020 Comments Off on Don’t Mix Your Politics With Your Portfolio

With the presidential election just weeks away, you can expect to be inundated with predictions about how the winner will impact the markets and the economy. It may be entertaining to guess how the outcome of the election will impact your wealth, but this becomes a futile exercise once you realize how much there is that we don’t know about what comes next. Not only do we not know who is going to win but also:

When Trump got elected, there were pundits and investors galore predicting an enormous market crash. Instead, stocks rose steadily for most of his first term until the pandemic hit. There have been more than 130 new all-time highs on the S&P 500 during Trump’s tenure.

When Obama got elected, there were people predicting, “[His] Radicalism Is Killing the Dow.” Instead, stocks set off in 2009 on a bull market that lasted for the entirety of the next decade. There were nearly 130 new all-time highs on the S&P 500 during Obama’s tenure. The long-term trend of the stock market has been up and to the right no matter who the President is: 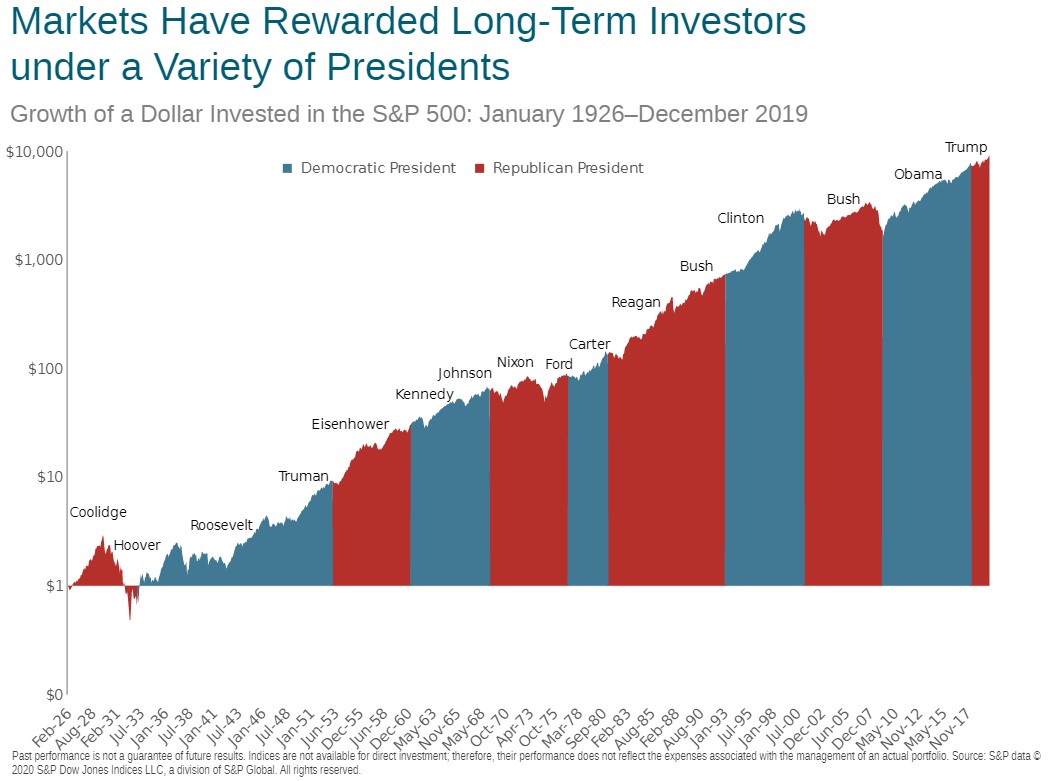 And no President in modern history has been able to prevent the stock market from falling either:

Every President going back to Herbert Hoover has experienced down markets. We also don’t know who will hold a majority in Congress coming out of the upcoming election. The promises candidates are making on the campaign trail right now won’t necessarily come to fruition if they don’t control Congress.