The Second Wave is Here: 3 Things Investors Need to Know | The Mesh Report

The Second Wave is Here: 3 Things Investors Need to Know

Dividend Sensei October 21, 2020 Comments Off on The Second Wave is Here: 3 Things Investors Need to Know

All year health experts have been warning that in the winter, as people went indoors and lower humidity made the virus more contagious, that a second wave of the pandemic was not just possible but likely.

In the last two weeks, daily global cases have risen by 18% as many countries that thought they had the virus contained are now battling with a strong resurgence. 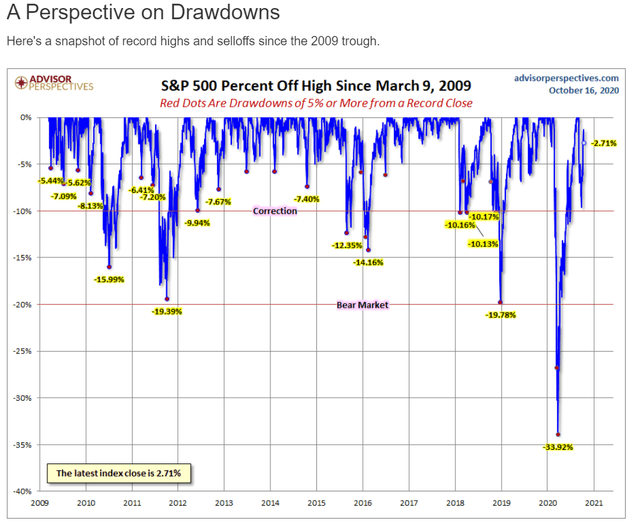 Given that this pandemic has already caused a 34% market plunge, with lockdowns triggering the fastest bear market in history, it’s understandable that investors might be nervous about the second wave that appears to have arrived, just as experts predicted it would. So here are the three most important things you need to know about the second wave, and what it likely means for your portfolio in the coming weeks and months.

The Institute for Health Metrics & Evaluation, or IHME, expects that this second wave to peak around the end of the year, in terms of new infections.

Deaths generally peak two to three weeks after new cases, and globally the second wave is expected to kill between 1.6 and 4.7 million by February 1st.

Globally IHME is expecting deaths to hit 2.4 million within a few months, representing 1.3 million deaths over the next four months. For context, it’s taken this pandemic 10 months to kill just over 1 million people. Now, these are some grisly forecasts, but there is both good and bad news for anyone concerned with saving lives…as well as their portfolios.