The Gold Enthusiast December 30, 2020 Comments Off on Here’s Why 2021 Will be a Good Year for Gold and Silver

Based on silver’s continued outperformance vs. both the S&P-500 (SPY) and gold, I see no reason to believe that we’ve seen the highs for the current precious metals bull market. Let’s take a closer look below: 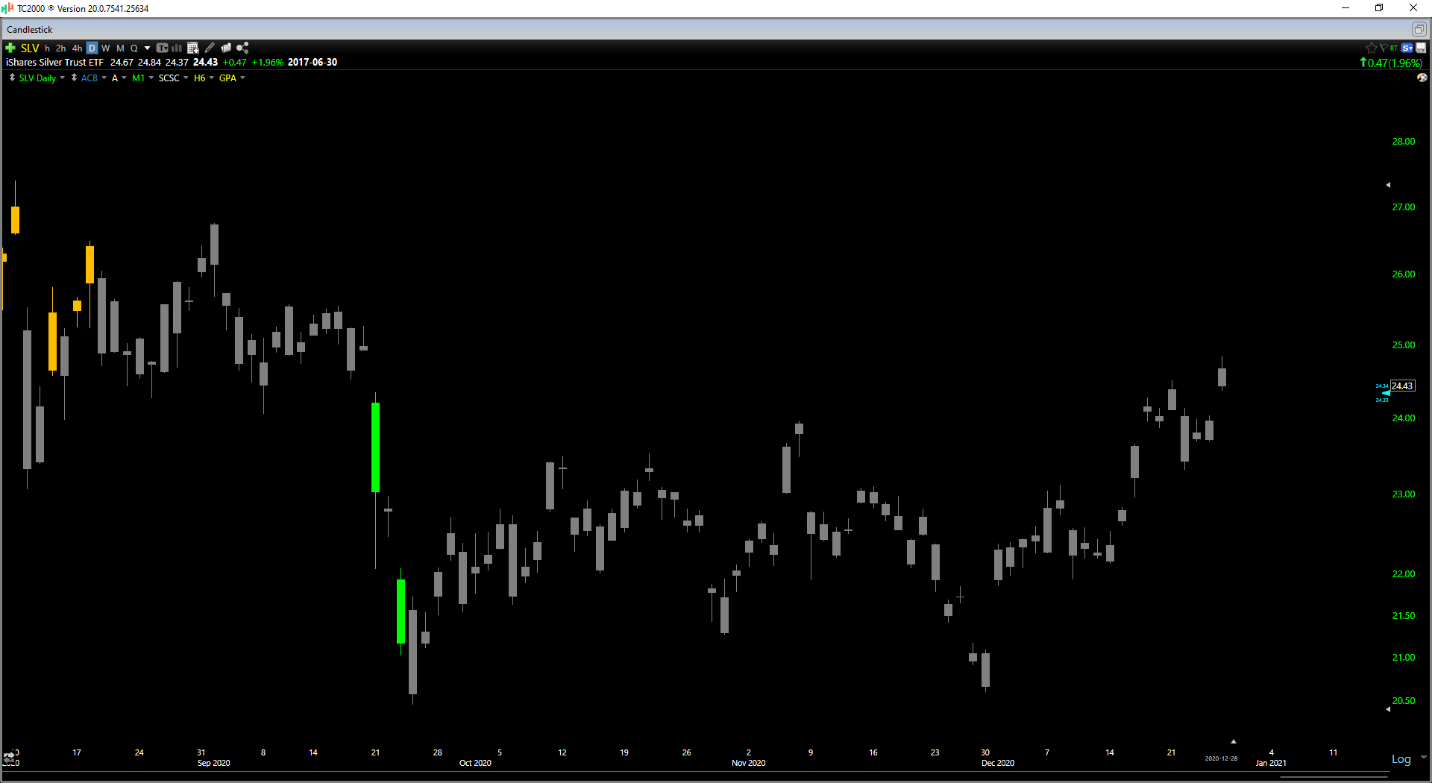 However, this downtrend finally broke in mid-2020, and it’s seen zero signs of slowing down since. This breakout after nearly a decade of underperformance is a long-term bullish indicator, and the last time we saw a breakout of this magnitude was in 2010, and again in 2004. 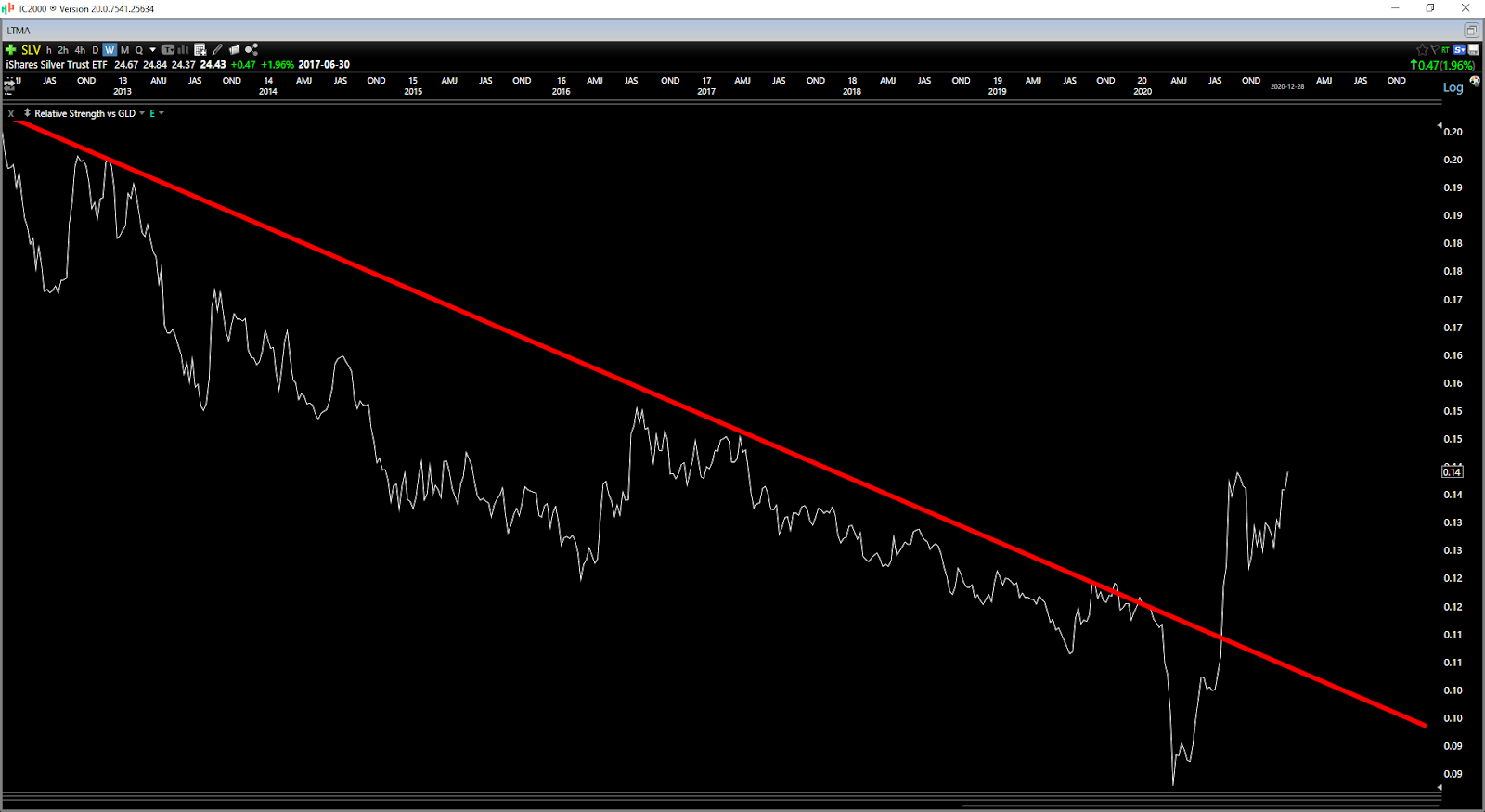 In both periods, we were in the much earlier innings of a new bull market. This continued outperformance from silver suggested that 20% plus corrections in the metals would likely present buying opportunities. However, with silver now outperforming the S&P-500, we have a perfect storm for silver and the precious metals market. This does not preclude sharp pullbacks along the way because this is a long-term indicator.