The Gold Enthusiast October 6, 2021 Comments Off on Here’s Why Silver Could be Setting Up for a Strong Q4

Precious metals bulls hoping for a stronger second half of the year have not been rewarded yet, with silver (SLV) sliding more than 16% in Q3, falling deeper into negative territory year-to-date. This horrid Q3 performance followed a sharp reversal and 6% drop in June, and it’s now up to the bulls to play strong defense as we Q4.

The good news for investors is that silver seasonality is very strong in Q4, often finding a low in late Q3 or early Q4 and rallying into year-end. The other good news is that silver is the most hated it’s been in years, and when the scales are tipped too far in one direction for pessimism, we typically see snapback rallies. Let’s take a closer look below: 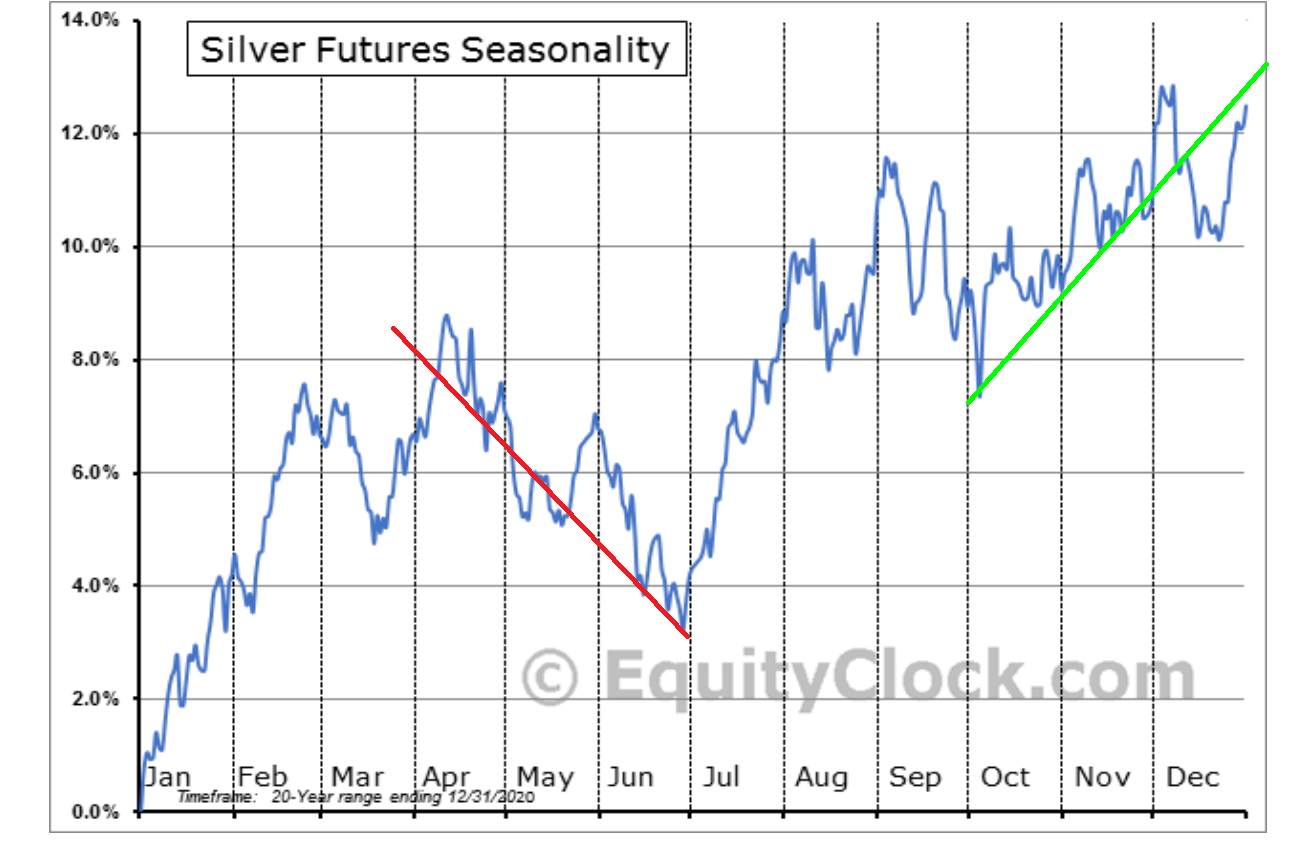 Beginning with seasonality, we can see that silver followed its typical seasonality traits quite well to start the year, with a near parabolic rally out of the gate in January, though, it peaked earlier than expected in February vs. March typically. Silver then peaked again in Q2, which is typical of the metal, before wading through its seasonally weakest period: May to July. Unfortunately, the June softness persisted into Q3, which has caught several investors off guard.

The silver lining, though, is that silver is now less than a week away from a period where it often makes it H2 low, with this low typically arriving in the 2nd week of October. If December 2021 is anything like December 2020, then the bulls should have a strong relief rally ahead, with silver up 15% last December and 12% in Q4. Obviously, there’s no guarantee that silver follows its seasonality traits. Still, the expected seasonal low is also arriving at the same time as a sentiment buy signal, placing more weight on a potential bottom.