The bulls in the precious metals space enjoyed a brief departure from the violent selling pressure they’re experienced all year, but unfortunately, it’s been short-lived. This is evidenced by silver (SLV) plunging more than 5% thus far this week and gold (GLD) sliding more than 3%. These unpleasant returns are despite negative real rates continuing to remain deeply in negative territory, which is typically a positive backdrop for the precious metals.

While many investors are likely frustrated by the selling pressure, it’s important to note that nothing goes up in a straight line, and these pullbacks are entirely normal, as long as key support levels are held. For now, silver continues to hover above its key support area at $22.00/oz, and key ratios also continue to remain in a positive alignment, with the silver/gold ratio above its multi-week moving average. This suggests that this is merely a shake-out vs. a continuation of the 2021 cyclical bear. Let’s take a closer look below: 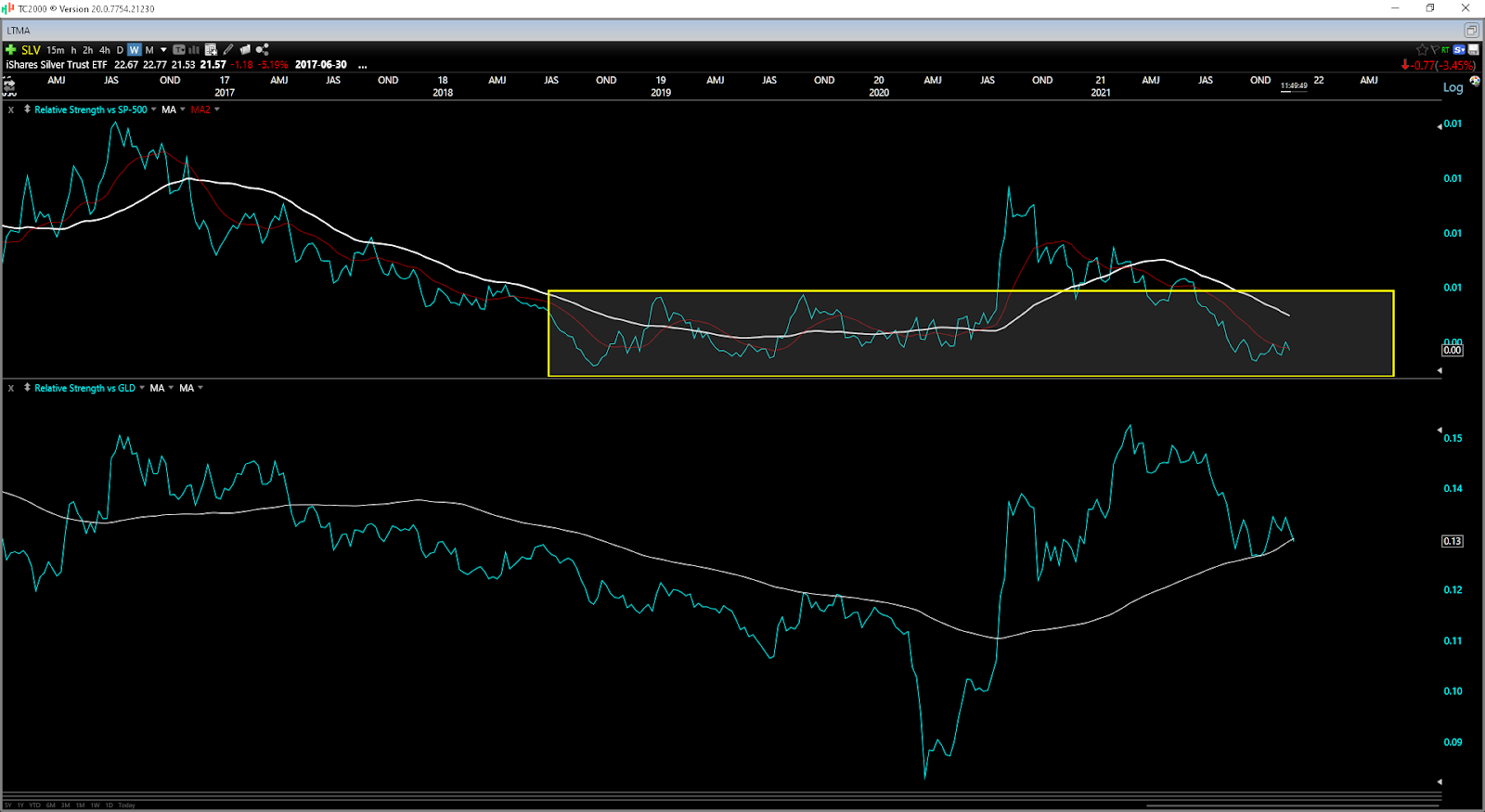 As shown in the chart above, while the S&P-500 (SPY) has enjoyed an incredible return year-to-date, the Silver/S&P-500 ratio is still holding above key support in the base it’s been building over the past two years. While holding support is the bare minimum one would expect, it is a positive sign, suggesting that silver is not breaking down relative to SPY despite its recent underperformance.

If we look at silver’s performance relative to gold, we can see something similar here as well, with the silver/gold ratio hugging its long-term moving average (white line) and still in an uptrend. A major breakdown below this moving average or a lower low would be a very negative development, given that it’s always worrisome when silver is lagging gold, which is not what we typically see in bull markets. However, for now, this ratio remains healthy as well, supporting a higher probability that this is a correction vs. a continuation of this year’s cyclical bear market for precious metals.