Gold: No Need to Fear A Rate Hike | The Mesh Report

Gold: No Need to Fear A Rate Hike

The Gold Enthusiast January 7, 2022 Comments Off on Gold: No Need to Fear A Rate Hike

Investors in the gold space were happy to finally escape 2021, a year to forget with lower highs and lower lows. The new year hasn’t started off much better, with gold finding itself down 2% in the first week of trading, rejected once again near the $1,830/oz level. In this update, we look at critical levels for the metal and where it might make sense to buy the dip. 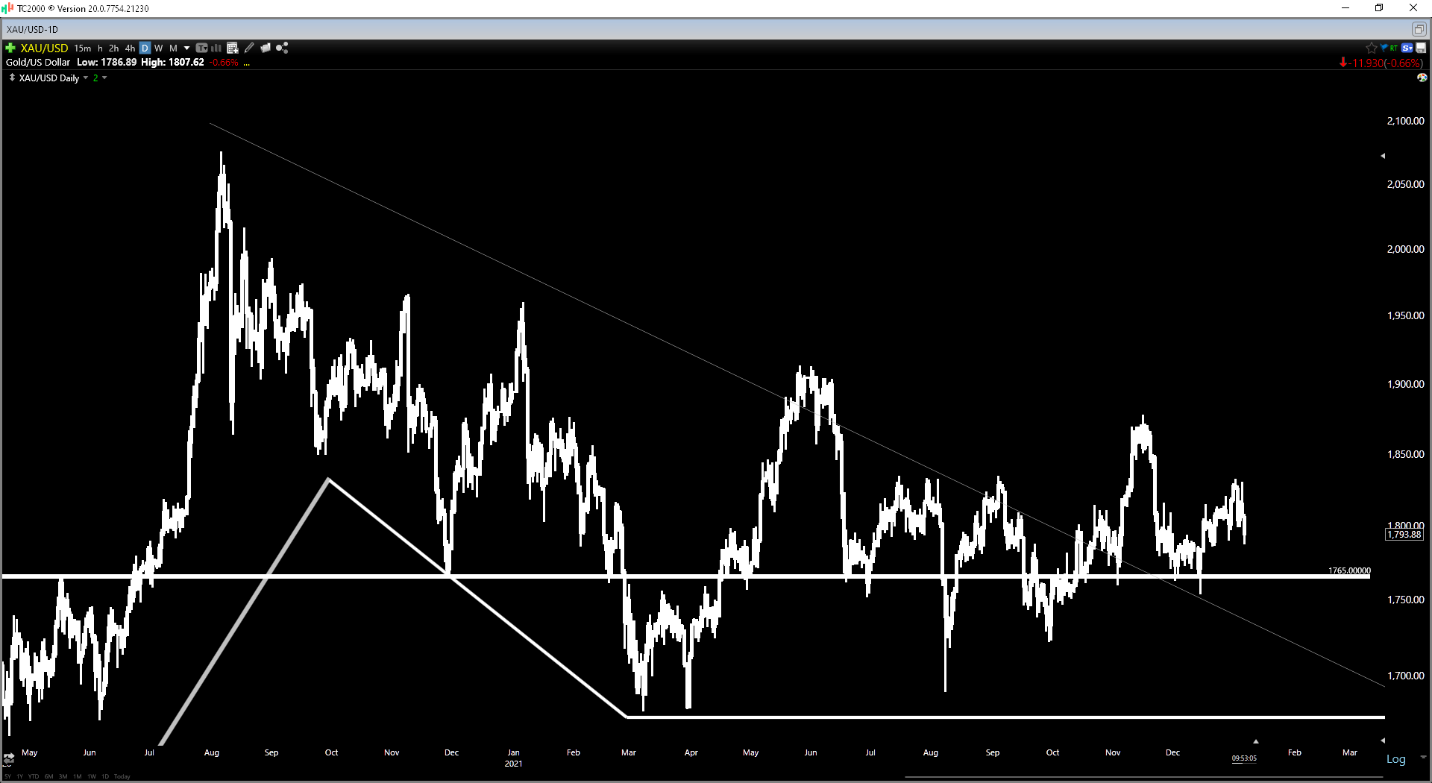 The price of gold has started off the new year headed in the wrong direction, down more than 2% since its December close, after correcting nearly 20% in 2021. This is despite a backdrop of deeply negative real rates (shown below), which typically results in much stronger performance for the metal. However, with fears of an initial rate hike looming, the worry appears to be that this will be negative for the gold price.

While a rate hike would certainly lead to some mean reversion in real rates, they will still remain deep in negative territory following a hike. Besides, while gold has often been volatile around rate hikes, it’s worth noting that the initial rate hike has been closer to a buy signal than a sell signal. This was the case in Q4 2015, which ended up marking the low for miners and the gold price and kicked off a strong bull market in 2016 and ending the violent correction.