As Crypto Surges, This Stock Looks To Follow Suit… | The Mesh Report

As Crypto Surges, This Stock Looks To Follow Suit…

Christian Tharp, CMT August 8, 2022 Comments Off on As Crypto Surges, This Stock Looks To Follow Suit…

Take a look at the 1-year chart of BITO (NYSE: BITO) below with the added notations: 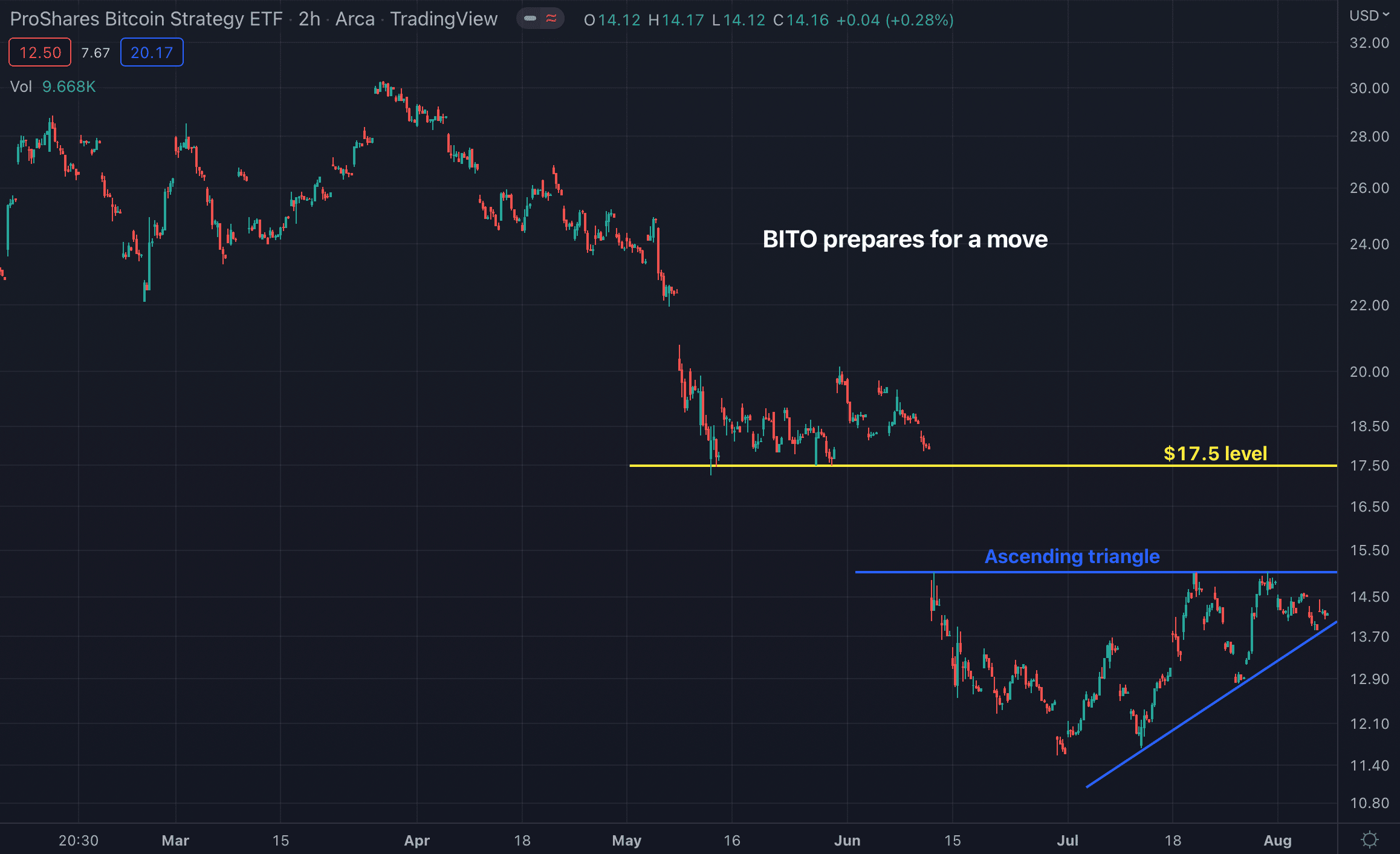 Chart of BITO provided by TradingView

BITO has formed key resistance at $15 over the past two months, while also rising on top of an up-trending support line. These two lines have BITO trading within a common pattern known as an ascending triangle (blue). BITO will break out of the triangle eventually, and a break to the upside could lead to a run up to the $17.5 level (yellow).

Do not trade options until you watch my urgent message:

Learn how to use this simple, yet extremely powerful options strategy to become a more profitable trader…